When it comes to rabbit breeding, I’ve been more fascinated about finding a system over the actual “act” of breeding. Specifically, how do I know who to mate with who. There is plenty of literature out there if you are looking for “How to Breed Rabbits” that tell you all about the physical act, but very few articles tell you about how to pair two bunnies. That’s what I want to talk about. This is a discussion. I want to make it clear I'm not a specialist when it comes to genealogy. That said, I invite you all to point out where I've blundered and to help make any corrections to my thoughts in Disqus below.

So if you haven’t landed on this information yet, there are basically 2 types of breeding (3 if you want to muddy the water some). You have out-breeding and inbreeding.

Out-breeding is the type of thing we expect humans to do. Specifically, don’t propagate with your family. So in the most strictest sense of this, you would never mate a rabbit with another rabbit that has a known relative. However, most standards say with rabbits (and other animal terms) that it’s ok as long as the relatives at least 4 generations out.

Inbreeding is where you breed within a family. There are varying views on how acceptable and favorable this is. The bottom line is that the closer the relationship of the two animals you are breeding, the more likely recessive traits are likely to show up. There are some recessive traits that all rabbits have that eventually pop up and cause trouble.

Close inbreeding is the act of breeding two animals that are within one degree of separation. These are your siblings, mother, father, children.

Line breeding is another. It is used to describe milder forms of inbreeding. Typically it involves arranging matings so that one or more relatives occur more than once in a pedigree, while avoiding close inbreeding. Again, this can be an effective tool to getting traits you want, but can come with risk. Not as much risk mind you, but all inbreeding does.

What Does This Mean?

To me, I would like to avoid the risk that comes with inbreeding, but that also means I have to be on the lookout for breeders that have things I want. It may also mean that I may have to work harder to keep those traits. Given that I have a fairly small group of bunnies, and I want to kinda keep it that way. But I want to be able to rotate bunnies every 3 years or so with bunnies from within my own colony. So I want to find the minimum number of breeders I can have (and which offshoots of the family tree) I can keep to keep close inbreeding out of the picture. I would also like to aim for the 4 generation goal… keeping all my breeders at least 4 degrees of separation from one another. So here I will explain my first stab at how to make that happen.

We’ve got to keep in mind the purpose we are breeding. The two reasons to think about are

For me, I have meat rabbits. So I’m going to be picking out the biggest bunny with the best features to keep and butchering the rest. Heck I may even end up culling an entire litter. This happens often mostly because we need the food. However you choose, it’s always important to keep that in mind even when we are talking about who gets to mate with whom.

First, note I'm trying to not use generations as a generation will include all the siblings with the same level of separation from an ancestor. Example, all of the grandchildren of A and B would be in the 2nd generation. Degrees of separation provide a way to measure going up and back along another branch of the family tree. From what I've read, this plays significantly with how genes react when inbreeding. I wanted to play out the scenarios step by step, so I’m going to start with making sure I don’t have any close inbreeding. This is fortunately what most breeders do. That means  I can’t mate any of the diagram above, so all the ones below would be fair game.

Keep in mind this in relation to “self”. In other words, this bunny should be able to mate with a relationship at minimum Nephew/Niece, Aunt/Uncle, grandchild, or grandparents. This obviously takes into consideration that all other relationships in this diagram have followed this rule.

At this point is where it gets complicated. My assumption is that I need at least 3 unrelated bunnies to start with. Self, Self’s mate, a mate for Self’s child. At which point the grandchildren can start mating with Self or Self’s mate, and those children can mate with Self’s Child or Self’s Child’s Mate. If I stop here, I’ve quickly got a circle that would continue to happen and I would have to make sure and keep a look out for any of the inbreeding challenges.

At three degrees of separation, we would be able to mate any of the following relationships I’m pretty sure. This would include great-grandparents, great-aunts/uncles, 1st cousins, great grandchildren, and grand nieces/nephews. I’m pretty sure that means I just need to add 1 more rabbit to the mix to mate with grandchildren. After this I should be able to rotate through my older mates again or pick a new breeder from one of the other relationships above.

So I took us through working out a methodology to provide ourselves with a continous stream of breeders with an acceptable amount of mixed blood into the lines. What I haven’t worked out is how this would work in practice and how rotating the breeders. Additionally, this takes into account the least amount of bunnies. It doesn’t take into account losing breeders… illnesses, and undesirable traits. What I’m getting at is a viable lineage will take 5 or more bunnies. 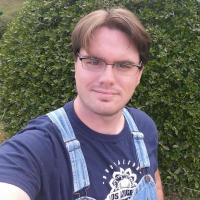